Clarifications and an Update on the Schueler Compass Award

Just so you know we pay attention, three important concerns have popped up about the Schueler Compass Award, the award recently announced at the AdvoConnection conference.  These concerns came in the form of replies to the survey we took after the conference was over.  Since the surveys were completed anonymously,  and since comments expressed by one person may represent the thoughts of many, we’ll address them here, publicly, on the blog.

Concern 1:  Posted among the survey results about the conference in general was the following:

There was alot of conversation about the KS awards going to 2 members who will be on this board. Most individuals I spoke to felt that if these 2 women were chosen, then they should not have been on the board to choose the candidates.

My response to this question:  I had hoped to be very clear during the conference announcement that the first three winners of the award were chosen only by Alexandra Schueler, Ken’s daughter, and me (Trisha Torrey). Our goal for the first winners was to find the people who, first, would illustrate the ideals the award stands for, and second, were good friends of Ken’s. Further, we needed to address the balance of clinical and non-clinical advocates. We hoped they would accept the award, and then agree to serve on the committee to choose subsequent winners.

And that’s exactly what happened.  Further, none of the three of them knew they were receiving the award until the day of the conference.  If you know any of them well, they were as surprised as anyone was!

It was not clear what the critieria was for the award & it seems to make sense to have the candidate also be someone who does alot of volunteer advocacy… Just some thoughts, but I believe some ideas should go out to the Premium Members… Several expereinced advocates seemed very disturbed by the way this award was handled…

The criteria are clearly spelled out on the website and on the application.  Of course, at the conference, due to time constraints, we listed only the titles for each of the attributes.

As for whether volunteerism should be included as one of the important attributes:  it’s good feedback and by all means, volunteerism can be considered in another year by the committee.  For now, if you want to include volunteer advocacy on your application, then do so in either the Empowerment or Community Visibility descriptions.

Concern 3:  Time. The original deadline for application for the Schueler Compass Award was December 1, giving advocates about one month to apply.  Complaints were made that we aren’t allowing enough time, especially with looming holidays… and because we don’t want someone to miss applying due to time constraints, we are moving the deadline to January 15, 2012, providing an additional six weeks.  You may nominate yourself (which is what we expect most of you will do) or you may nominate someone else.  The dates for decision-making and subsequent public announcements have been moved forward to accommodate for the new application deadline, too.

I hope this clarifies these concerns.  The award is meant to honor both the winners and Ken, too – but another important intent is to set a lofty bar for others to aspire to.  Recognizing individuals for their achievement of these high ideals elevates the entire profession.

We hope you’ll make application soon to be considered for the Schueler Patient Advocacy Compass Award.

The Option of Saying “NO” 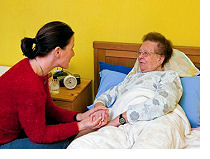 Several months ago I wrote about the tendency of big-hearted advocates to over-extend themselves with volunteer work; that when someone needs their help, but doesn’t have the means to pay them, they don’t know how to say “no.” We looked at some of the ways to get past that inability in order to keep our businesses moving forward.

Truth is, that is only one of the circumstances where “no” is the right answer.  That’s true whether it is us, as professional advocacy business owners who must choose to say no, or whether we must help our clients choose “no” if it is possibly the right answer for them.

The business “no” is not unusual and will seem very simple once you understand it.

But the client “no” is often overlooked – and you truly owe it to your clients to not only understand it, but to help them understand, and sometimes embrace it, too.

Here’s a business “no” example:

END_OF_DOCUMENT_TOKEN_TO_BE_REPLACED

The Great Divide: The Haves and Have Nots 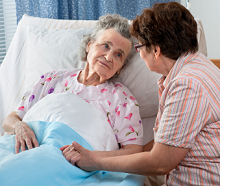 
The health and patient advocates who are listed at AdvoConnection are all private practice advocates; that is, they work directly for patients and the patients pay them.  Their services are not covered by insurance, their services aren’t donated or free.  This is how these advocates make a living – they are paid by patients or caregivers.

That seems to upset some people, and lately, it seems like a number of people have taken some sort of offense at that idea – as if patients or caregivers should not have the right to seek private help for their navigation through the healthcare system, or should not be able to call on someone to help them organize, or decrease their medical bills…. or that the very talented group of APHA members should not have the right to start a business offering the services they want to offer.

Here are the reasons I believe that attitude is so misguided:

END_OF_DOCUMENT_TOKEN_TO_BE_REPLACED

Need to No – Giving Too Much 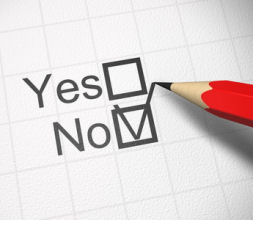 One of my favorite things about patient advocates and navigators is that they are very generous, kind and giving people. They figure out what needs to be done, and they step up to the plate to do it.

But one of my frustrations with patient advocates is that some are too generous, too kind, too giving.  Too many have never learned where to draw limits, how to assess when they’ve taken on too much, or are in danger of taking on too much. They just don’t know how or when they “need to (say) no.”

Conversations with two APHA members remind me of this.  And it’s worth sharing with you because it may give you the kick in the backside needed to learn to say no when you know you should.  Sometime before you begin dropping all those balls you’re juggling.

One case is an advocate who I will call Molly.  (We have no members named Molly, so don’t try to figure out who I’m talking about!)  She lamented the fact that she just didn’t have enough work, and was worried about keeping her business afloat – yet – she told me how busy she was with clients. I finally figured out that all those clients were people she was helping for free.  They needed help, they could not afford to pay her, so she just began helping them anyway.

How very generous!  Remarkably generous, really.  And I applaud her for that – except – in effect, she was volunteering her way right out of business.  All her time was being spent helping those folks for free, instead of doing marketing, making phone calls, drumming up some speaking opportunities – tasks that could help bring in paying business.

Not to mention the level of stress  (and loss of sleep) when we are not only overworked, but worried that business isn’t going well.

“But,” you say. “Those people need help too!”  And I agree.  But there needs to be a point where you realize that if you spend your time working for free, and don’t stick to building your business, you will go out of business.  At that point, you can’t help anyone all.  No one. Not on a paid basis OR on a volunteer basis, because you will have to go out and get a job that will make up the difference. It’s not worth it.

END_OF_DOCUMENT_TOKEN_TO_BE_REPLACED

Standing Up for Our Patients – Those Aretha Franklin Moments 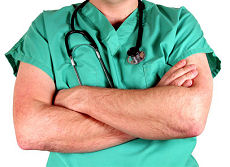 This post asks the question:  At what points do we go to the wall for our patients?  And when we need to go there, what’s the best approach?

Scenario: You’ve accompanied your patient-client to a medical appointment and the receptionist is rude to your patient when you check in.  Do you say or do anything?  And if so – how?

Scenario:  As you sit by your patient’s hospital bedside, a nurse comes in to change a dressing already wearing gloves.  You ask her to wash her hands and put on new gloves and she cops an attitude.  Do you insist?  And if so, how?

Scenario:  Your client needs to make a very difficult medical decision and has asked for your help to weigh the pros and cons, and to uncover additional possibilities.  You’ve walked him through all the possibilities – including those the doctor provided, and others you learned about through some research you did on his behalf.  His choice is not the same as the doctor’s recommendation, but when he gets to the appointment with his doctor to share his decision, the doctor tells him he’s making the wrong decision. Clearly uncomfortable, your client begins to backpeddle, to default to what the doctor has recommended.  Do you speak up on your patient’s behalf?  And if so, where do you start?